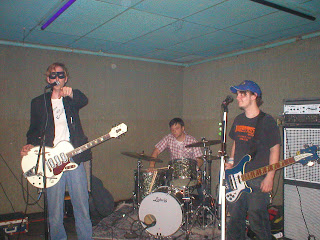 TWO REEL DIARRHEA
Tues. night 7/26/05
So I totally got cut off and then we misplaced the book. I only have a few minutes because it it sure is hot 'n muggy here in RALEIGH, NC. Trying so hard to stop this book from falling into the wrong hands has proven to pay off in a very inconvenient way.

So ..... yada yada New York was cool. New Jersey, not so much. If you want details ask me later.*

I'm hung over from last night. A band of mine that is not Earwig** played Lil' Bros. in Columbus, and it was a hi-profile show*** so naturally we all got completely blinkered. Liz and I drove there from Jersey on Sat. night/Sun. morning so's I could have one final practice and snuggle with my lady before a solid month of swapping man-sweat in a minivan. So here I am, stuck in the middle with you-know-who. I think we've definitely decided to get the AC serviced before we go south (<- in more ways than one). Driving down here was like trying to drive a van thru a lake (trust us, it is not easy). The impending heat wave also does not bode well. We are frail men and we have needs. And desires. And right now I desires me some cool air.

We've discovered comedy records are best at keeping us awake and alert on the road, and we've also discovered how funny and educational they can be. So it'll be a lot of DAVID CROSS, LEWIS BLACK, TODD BARRY, MITCH HEDBERG (RIP), and BILL HICKS (also RIP) letting America laugh and letting us into our hearts. Or their hearts? We're playing King's Barcade tonite, with Drunk Horse, who I've heard is real good****. Oh, and ________ is here too. Can you hear 'em? Well I can, and really, isn't that enough? Better get into my Monkey Suit.
Big ups,
Matt

***We opened for the Brian Jonestown Massacre. It was our first show as Lord Hall. 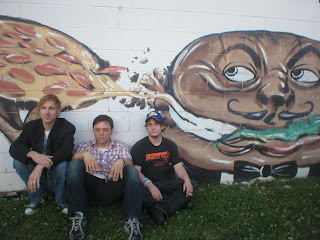 The last few days have been great, a real treat, honest to god. Is "god" capitalized? Am I going to hell? Shit, is "hell" capitalized? It's a place, right? Ah fuck, can I start over?

We rolled into NYC on Thursday and found the BAGGOT inn, a place with a within-inches-of-being-completely-offensive name. Turns out it wasn't so bad. The band before us, an all-female quartet by the name of ...... something ...... was pretty decent, if amateurish. The bass player and the drummer rocked out, so Justin and I were suitably impressed. We played a rocked-out set using the backline and got out of there way too late (i.e. ________'s last song). Boy do they suck-a-luck-a-ding-dong. But we've covered that, I guess. It's funny, from out here I can only hear the drummer and the singer. The humor lies in the fact that those are the 2 most unbearable elements of said cockheads.

So anyway, we were kind of fucked when we left Ohio. We had planned at first on staying with Rich Cefalo, Earwig bassist extraordinaire. He's in Italy. So then we made plans to stay with Charles Palmer, Earwig drummer extralongword. His grandmother died, so he's in Columbus right now. Condolences.

Oh hell, where was I? Yeh, so we called our friend Dwight Scott from Delaware's legendary Gentle Dales, with whom the Bygones stayed the last time we went to NYC. Turns out, his roommates are out of town and he's up to not only putting us up, but he's insistent on partying with us RELENTLESSLY. He saved our asses, and then put us right back in jeopardy, god bless his nutty ass. A class act all the way, that Mr. Scott.

So Friday we wake up and try to find this studio in Manhattan. After spending what felt like years lost in Chinatown we decided to give up, as we had to get back to Dwight's to get our stuff. Eager to make our appointment with a TV studio, we rushed back on the subway. If you ever find yourself lost in Chinatown, don't do what we did. Just get the hell out. I don't want to come across as racially insensitive, but Jesus that place stinks. We played a 3 song set for Fearless Music TV, and they treated us real nice. It was hard to leave. Someday in the future, the three of us will be on TV being total nerds.*

Justin's addendum: Then we met the Jersey girls and the rest is history.**

**I was a little drunk when Justin wrote that in my book and I am a little foggy on what it means. I can tell you that it certainly did not involve any hanky panky whatsoever on my part.
Posted by wags at 9:10 AM No comments: 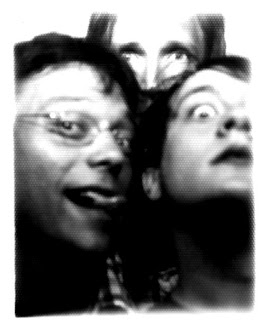 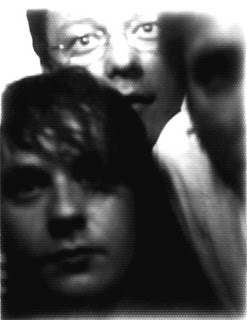 7/20/05
After 9 central time. O'Hare airport.
Watching 75 people go ape-shit over your band is pretty cool - until you realize they're all paid extras. Then it's sad. Overall, though, it's pretty funny. Also funny is the length we went to to painstakingly make sure no one sported any logos. I can't even have a fucking beaver on my hat, for chrissakes, lest Mr. Beaver Designer sees me on the the Big Tobacco enhanced CD and decides to sue. "Hey, what kind of bass is that? I mean, it looks like a Rickenbacker but there's tape on the headstock. I'm stumped." We kept it legal. Lizard's been the punchline of a joke all day among the people at Leo-Burnett, due to his rambling, 20 minute message last week pertaining to exactly what we need for this performance ("and a RED Telecaster" is actually the punchline). Good times. Retarded, bizarre, and slightly gay good times.
Sure do hate airports. Why is it the most unpleasant places are the ones we are told to get to early? Jerks. That's why.
Love, Matt
Posted by wags at 11:06 AM No comments: