My Own Secret Service 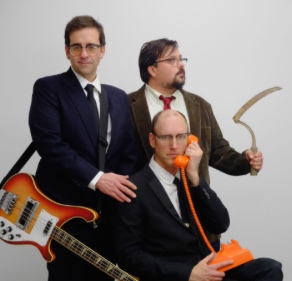 This is a true story. From a very young age, I was estranged from my father. After his death my mother confided in me something that she had never told another living soul. She told me that she had been visited multiple times by aliens who conducted frightening examinations on her and that these procedures aligned with and were related to her pregnancy with me. Over the years, the possibility of my alien/human hybrid-DNA revealed itself in strange physical and mental anomalies. In 2011 I was hospitalized due to complications from a severe, life-threatening illness. I spent two months in the hospital and underwent multiple surgeries. In the lead-up to this episode I had been taking a slew of perception-altering prescription pharmaceuticals. My dreams became as real as my waking life and I experienced wild adventures in a dream-world called The Unreal. I kept a detailed journal of my nightly excursions to this alternate reality on a quest to locate the Enigma Guitar. Along the way, I communicated between parallel dimensions and strategized with other members of team Mega-Earwig via a magical rotary phone. I battled a squad of bass guitar wielding assassins known as the Joy Division Cobras and pitted myself against a cast of nemeses including Silverheels, Metatron and a shadow organization known as Dyslexia Society.


The remarkable experience of my search for the Enigma Guitar provides the basis for the unfinished novel “My Own Secret Service” and this fantastic story is told through the songs on Pause For The Jets.