It's coming! It's in the Trees! 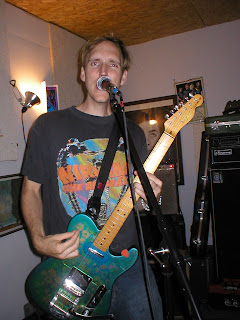 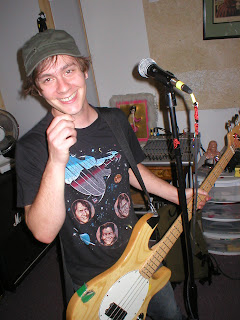 Looking to the upcoming release of the new Earwig album, I’m very interested in ways to grow our audience. It’s a great record and I want everyone to hear it. I have this blog, which I don’t update very often because it’s hard for me to see the effects of it. Previously, I’ve tried to keep the posts more focused and informational. I know that people come here to read it, but I don’t know how that translates into anything tangible for the band. Well, I’m entering in to the final stretch of the recording process and I’m toying with the idea of really busting out more frequent and detailed blogs that let you in on the process. Posting pictures and rough mixes of songs and generally letting you know how it’s coming along. I want to give you a slice of what I’m doing to work the album, release and promote it as well as record it. We’ll see how it goes.
I’m also going to let you in on what the band is doing. This week, that’d be practicing (see the pictures above). We’ve got a show tomorrow (Thursday 8/27) in Columbus at Rumba with Karate Coyote. Earwig plays first, from 10pm-11pm. If you live in town and have not been out to see us in a while, you should come. We’ve got a brand new song we’re going to try out. It’s called “I Don’t Want To Go”. I wrote it last week and just showed it to Matt and George last night. It’s clever, but short. You’ll like it.