THE HONDROULIS BROTHERS vs. WENDY AND LISA 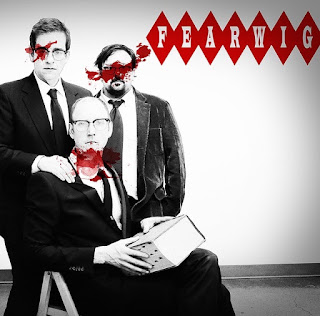 Purple Rain has always been an inspiration for me. It’s stuck in my head and fused with my musical DNA. In the novel ‘My Own Secret Service’, my character visits the dream realm of the UnReal while searching for the Enigma Guitar and eventually gets stuck there. As Lizard fights with the Dyslexia Society, the mysterious cabal that wants to rule the Multiverse, he learns that he needs a little help from his friends back in the waking world.

When looking for musical inspiration for this piece, of course I found it in Purple Rain. The talented duo of Wendy & Lisa serve as a foil to Prince in much the same way that The Hondroulis Brothers team up with Lizard in the novel. The music and dialog interlude that comes before the song ‘All My Sins Are Blotted Out’ was inspired by the “Is the water warm enough?” dialog between Wendy & Lisa from Purple Rain’s ‘Computer Blue’. Give this song another listen and you’ll be able to hear the connection.

ALL MY AINS ARE BLOTTED OUT: https://earwig.bandcamp.com/track/all-my-sins-are-blotted-out

George and Costa, also known as The Hondroulis Brothers, are the ones who answer his call and come to Lizard's aid. Earlier in the story, Lizard and the Hondroulis Brothers had met when they were the rhythm section for a band called Our Flesh Party, a Columbus band that Earwig had played some shows with.

The Hondroulis Brothers had also discovered the existence of a mirror-image city of Columbus known as Capital City where demons and other multidimensional actors worked behind the scenes to control the Multiverse.The three become friends and allies as they struggle to eventually come together as Earwig and defeat Dyslexia Society demons to make rock and roll history! While Lizard is trapped in the UnReal, The Hondroulis Brothers discover a channel to reach him and join forces. I decided to add one of their cross-dimensional conversations to the album.


There you have it. If you’ve ever wondered what all of the weird Japanese dialog on Earwig’s ‘Pause For The Jets’ was all about…now you know!
Posted by captain lizardo at 5:00 AM 1 comment:

MEDUSA HEAD and THE SILVER DOOR 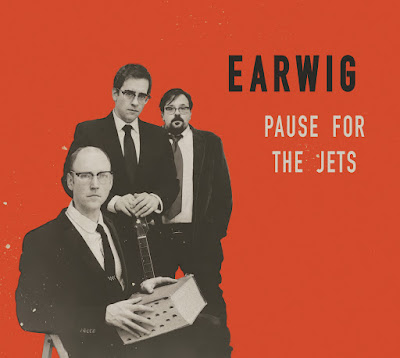 While writing the songs that would become Earwig's album Pause For The Jets, I experienced intense dreams where I became a special agent tasked with locating magical artifacts that would help save the Multiverse. The most important artifact was an instrument known as the Enigma Guitar.  As my dreams continued and I got closer to the Enigma Guitar I started having brief flashes of lucid dreaming. I decided to develop this skill and see if I could use lucid dreaming to help find what I was looking for.

My dreams continued night-to-night and my lucid dreaming skills progressed. I began to notice the appearance of doorways in my dreams that were either made of gleaming silver or doors that were set inside of a shiny silver border. Each time I came to these doorways, if I reached out to touch the doorknob or the door…I would immediately be transported into a state of lucid dreaming where I could control the dream and it’s outcomes. I was also often transported to another location, another reality that was closer to the Enigma Guitar.

At first it didn’t last for long. But I began to search out these “silver doors” and use them as a portal to fully realized dream control. I decided to write a song about it. I knew that I wanted the song to be called “Medusa Head”. If you want to know why, you’ll have to read the book!

Back in the waking world, I wrote several versions of Medusa Head before I got one that I liked for the album. I had James help me with the Japanese translation for the lyrics and she is the one who does the short vocal on the album track as well.

The term “many worlds” relates to the Quantum mechanics waveform theory that suggests that all possible outcomes and realities, past, present and future, are equally real and each represent and actual world (or universe). To me, the existence of the Silver Doors in my dreams implied that this theory is one of the underpinning truths of our reality.

There are the Japanese lyrics that you hear in MEDUSA HEAD…
Waeware wa, oku no sekai ni sonzai shi
gosuto naibu gosuto
gin no doa

Translated in to English, it says roughly…
We exist in many worlds
a ghost inside a ghost
the silver door

Posted by captain lizardo at 5:00 AM No comments:

JAPANESE TO ENGLISH IN THE UNREAL
PAUSE FOR THE JETS 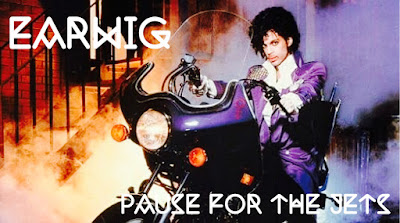 I have always loved Prince. I also have very strange and detailed dreams. Both of those facts came together to create the weird Japanese dialog pieces that you hear on Earwig’s album ‘Pause For The Jets’.

The album is based around a short novel that I am writing (but will likely never finish) that details a series of dreams that I had where I was searching for The Enigma Guitar. This special guitar is a magical musical artifact that, in the right hands, can be used to save the Multiverse. The very first guitar riff was written on this guitar and somehow it had fallen under the control of the bad guys and I was tasked (in my dream) with locating the Enigma Guitar and saving the universe.

The characters in my dreams often spoke Japanese (don’t ask me why, I’m not a psychiatrist), but I could somehow understand them. I was also able to communicate from inside the dream world with my cohorts in Team Earwig who were in the every day world.

My biggest nemesis on my quest to find the Enigma Guitar was Silverheels. Silverheels is a white-witch demon in a pointy hat and rocket boots who cruises the UnReal (that’s the name of the alternate universe in my dreams) astride a large white lizard/dragon. Silverheels does not speak, her dragon does all of her talking. I first met her before a battle that was about to take place in the UnReal and she seemed all too familiar. I felt like I knew her from somewhere. When I confronted her, her eyes glowed and she reared up on her dragon who bellowed the following speech in Japanese.

“Dearly beloved, welcome to the UnReal!
This is the dream of Mona Lisa, the other side of soul.
Electric word Enigma.
Are you tracking me? Do you know who I am?
You know me well.
You have known me for a long time, Lizard.
This is my last visit.
The time has come to rock the ending. Yr on your own!
And if that which you desire is unobtainable, you must revert to many worlds…”

Well, that’s a close approximation of what she said in my dream. I kept a dream journal and wrote everything down and that’s my best recollection. For the album, it’s mixed in with inspiration from the “eulogy” organ sermon that precedes Prince’s song “Let’s Go Crazy”. If you listen to Earwig’s recording of ‘Silverheels' with this in mind, you will find that our organ and the speech mimic the organ and “eulogy” in Prince’s song almost exactly. Give it a listen and play spot the similarity!

Posted by captain lizardo at 5:00 AM No comments: