Kicking & Screaming / They have miniature ponies in England! 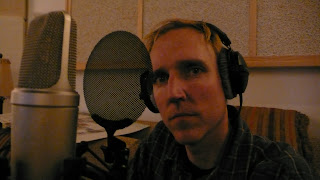 I’ve posted the last of the acoustic versions of songs from the album. What to do now? I don't know. I’ve realized that I don’t really know anything. Even at this late stage in the game, I’m still guessing. Making it up as I go along. It suits me, though the results are often debatable. My vague plan was to have the album ready by now and use these acoustic versions as a hook to lead-in to the finished product. No such luck. It seems that we’ve only begun to scratch the surface of mixing these songs. My time-line for planned promotions for this record is pretty much out the window at this point. Not that it matters much. I’m probably better off. As soon as I’ve got something solid, I’ll let you know and we’ll go from there. Okay? Keep in mind that I’m very open to suggestions…and donations. I’ve still got a little ways to go before I’ll have all of the funds I need to get this baby born.

Until then, here’s a brand new song to tide you over. It’s an acoustic demo of a song that I wrote a few weeks back and we’ve tried at Earwig practices a few times but with no solid results. This version was recorded by Steve from Mindfish in the studio at Ohio University. We’ll probably give this tune a shot live at our next show. For those of you that live in CBus, we’re playing a big Valentines Day show Saturday, February 13th at The Basement. Earwig is headlining the downstairs stage. The song is called “I Don’t Want To Go” and it’s alternately about being taken during the Rapture and/or not being there for someone you love. Enjoy it.

I Don't Want To Know
http://www.lizardfamily.com/mp3s/master_lizard

Now back to my previous rant. Why is everything so hard? Where does inspiration come from? Why can’t I seem to get anything done? I just mean, damn. Did you know that in England they drive on the Right side of the road, eat beans for breakfast and have miniature ponies in the churchyard at Castle Howard? English people still seem to get things done. Awesome inspired things. Shit, I don’t know. Maybe it will all work out. I can’t see that end result from here very clearly. Instead of relying on well laid plans, I continue to let intuition lead my way. Maybe I don’t need to know how it will all end. I’m glad that yr here for me to talk to about it. Maybe I’m just feeling restless. I do know that if I can just keep breathing, life will probably take care of itself.

I feel like a new born baby.
Posted by captain lizardo at 11:35 AM 4 comments:

The story of Rumplestiltskin 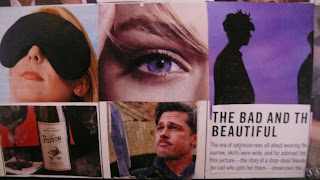 Little people are always so special. Think about it. Leprechauns, Munchkins, Hobbits…the list goes on. They’re always working some sort of magic angle. Sometimes they’re devious too. As is the case with one of my favorite Grimm Brothers tales. I’ve been asking around and I’m startled by how many people claim to not know the story of Rumplestiltskin. If you are unfamiliar with him, here’s the wiki-link. For a long time I’ve been drawn to that story in particular. When I wrote this song, I was thinking about how Rumplestiltskin gets a raw deal. In every version of the story, he’s depicted as the bad guy. When, in reality, he’s doing some awesome magic to help out the miller’s daughter in her desperate time of need. She begs for his help, he gives it to her and all he asks for in return is her pretty necklace. And then her ring on the second night he helps her. With nothing left to give him on the third night, she offers him a bargain and agrees to give him her first born child should she marry the King. The little man bides his time and when the day comes for the new Queen to make good on her promise, she balks at giving up the child and he’s even cool enough to give her a game of “guess my name” as a way to possibly get to keep her baby. He gives her three chances to guess his strange-ass name and what does she do…she cheats! The little guy got so pissed that he stomps his right foot so far into the ground that it sank in up to his waist; then he grabbed his left foot with both hands and tore himself in two. Bitches, man, I swear. It’s not like he wanted to eat the baby. He just wanted someone to keep him company. I’d imagine that being a freaky little magic hermit can get seriously lonely. So, I wrote this song for Rumplestiltskin because I felt like he needed an advocate, someone to tell the story from his point of view.

You are my one time thing, you are mine

My name’s got a potion on it

If you can guess, I’ll tear myself in two

Posted by captain lizardo at 7:50 AM No comments: