Last of the year 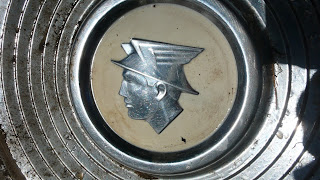 Waking up on a day like today takes a million years. And I’m still waiting. Begin these hunted moments. Scheduled to start mixing on January 11th … a lifetime away. Sleeping days roll by like water, sounds of Monsters in the hallway. All these things are waiting, kept at bay…

Yr never on my side
If winter comes and I can’t keep you warm…
Yr moment has begun, yr shiny morning in the sun 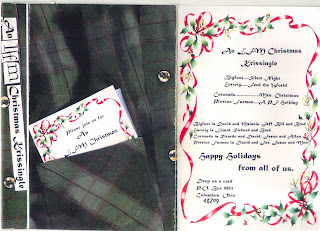 Back in the glory days of LFM we would have a grand Christmas party every year. One year we decided to have the party at Bernie’s and release a cassette known as the LFM Christmas Krissingle. I’ve still got a copy and we listen to it every year during the holidays. And it seems like every year someone is asking about how they can get a copy. I’ve been wanting to post it online and last night, out of the blue, I got a call from my awesome mind-reading webmaster, Allan Foster, to say that he was going to post the songs online. You should read Allan’s blog to see what he has to say about this cassette. http://allanfosterphotography.blogspot.com

The cassette has 4 songs.

We wanted a special one-off release for the Christmas party and about a week or so prior to the show we came up with the idea of a holiday cassette. We put the word out to the LFM family bands to see what they could come up with on such short notice and these 4 songs are the ones that made the deadline. Bigfoot kicks off the affair in rare 4-track form replete with cassette tape mayhem and vari-speed glory. David and Melanie Holm from Bigfoot now play in Total Foxx with Sam Brown. Bigfoot’s drummer, Brad Swiniarski, now runs Horny Records which just helped release the new (and great!) Bush League All Stars record.

I bought the Band Aid single when it was released and I still have the 7”. Earwig used to play this song every Christmas at shows. You may be interested to note that Brad Swiniarski was also the drummer for Earwig for a short time during this period. His stint behind the skins for Earwig included a handful of live shows and 2 recording sessions which yielded this holiday track as well as Anatomical Gift and Two Dragons from the album Perfect Past Tense.

Rich Cefalo, Earwig’s then bassist, during this same period started his string of side bands that would eventually give birth to the great Po-Po Volcano. also features David and Jason (now the drummer for Grafton) from Preston Furman. Listen closely and you’ll also hear our very own man-about-town Allan Foster playing the paper bag. Allan went on to drum for Po-Po Volcano.

Ahhh, what can be said about Preston Furman? As young musicians they seemed to be just finding their legs, yet making some incredible savant-vibe music in the thick of it all. This song shows off the comedic song-writing skills of the one and only Matt Wagner (Earwig’s now bassist!). If you by chance happened to know the guys in the band, it’s extra funny as they each sing their lines in character.

Enjoy these holiday tunes as a gift to you from the ghosts of Christmas past.

Bring on the dancing keyboards 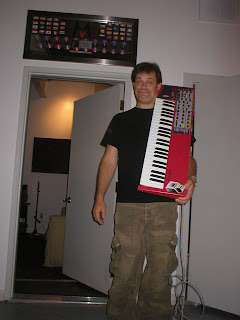 As Kermit the Frog would say “Moving right along…”

All of the guitars are finished. That fact is sad and beautiful at the same time, if you understand where I’m coming from. Earwig is a guitar band and the guitars are like the potatoes. Now all we need is the gravy. More sounds! So for this most recent session Landy pulled out the cool keyboards and we made some noise. I added bitchin’ sawtooth-wave hoo-hah to a couple of songs. It worked out well. We passed off a couple of tracks to an “un-named party” to add some bleepity-bloopity and see if we like it. No results there yet. But yesterday we spent the day in the awesome presence of the one and only , the man with the magic fingers. Thom is actually the producer that introduced me to Mike Landolt and I’m still working with Thom to finish up recording/mixing the other Earwig EP ‘North High Alumni’. Did I mention Thom is great? He put some pound-along roughhouse piano on Trees, sad on Her Heart, dirty Rhoads on Lovesong Cockroach and a church organ on Star Cross’d. I’m pleased as punch and can’t wait to start mixing in January now that the tracking is 99% finished.

One song that you won’t hear any keyboards on is Wicked. It’s one of my favorite new songs and strictly a six string affair. You can download the acoustic here

http://www.lizardfamily.com/mp3s/WickedMCHacoustic
To download the MP3 go to File -> Save as and store the file on yr desktop

I’m working hard these days to get all of my ducks in a row for the release of this record. I’d like to offer some sort of pre-sale, but have not figured out exactly how just yet. The new website, the digital release…all kinds of good stuff coming up soon. So stay tuned. Also, I’d like to mention that I’m still in need of a few investors to get this thing totally off the ground. I had a few Super Fans step forward (Thanks Jamie Clark! Thanks Foshy! Thanks Russells!) to kick-in some $$ goodness and help out the cause. They’ll get it back in spades. I’m still looking for a few more to contribute so we’ll have the dough to get this party started right. So if you, or someone you know, might be a candidate to help out, please get in touch with me at lizard@lizardfamily.com and I will fill you in on the small print and see if you too can be a part of Team Earwig! As always, thanks for reading the blog and pass along this song to everyone who’d like to hear it.

Posted by captain lizardo at 12:37 PM No comments: