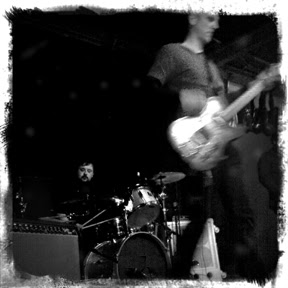 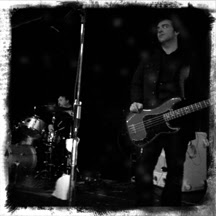 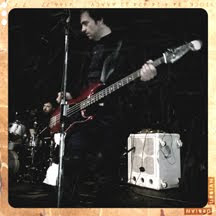 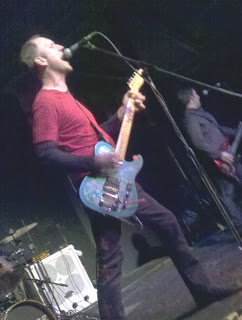 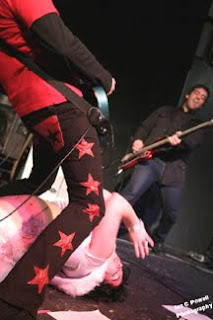 In the fuzzy distance I saw Costa and George fortify themselves to address the new surge of volume. I felt Jess push harder, her tube glowing in the darkness. My legs bent to absorb the extra shock waves. I towered over her, the daemon between my legs as I sliced out the first notes of the solo. Her eyes began to fade from back to white and she smiled at me, relaxed. The white light grew, expanding into a small pulsar that enveloped her whole body and then began to shrink. It grew smaller. Smaller. As I held that last note, she winked out, forever off into another dimension. Yeah, that’s right, my name’s got a potion on it, baby.
I love this city. There was a gang fight after the set as we loaded out of the venue. Three different factions were ready to pound it out for control of the block. Butt crackers. It’s 2:30 am and they can find the energy to fight, but they can’t find the energy to pull their belts tight enough to keep their pants from falling down. I just had to laugh as I knew that they were completely un-aware of what had just transpired on stage that night. Venue security couldn’t help but get in on the action outside, chasing the mob around the corner as the red and blue lights arrived on the scene. We just kept our heads down and loaded the amps into the mini van. The last thing I saw was Erin. She was coming back down the street, in the direction of the club. All tired and mascara running, she looked a bit lost actually. She was wearing a shirt that said “I survived the 2012 Earwig Outland show and all I got was a t-shirt that says ‘Vaginas Are Forever’ ”. Nice. And appropriate. As she clutched at her bag a shiny piece of paper dropped from under her arm and gently landed in the street. She smiled, blinking her eyes. I just waved. Costa was already pulling out onto the fresh white snow that blanketed Front street and we were on our way back to Basement Underground. “See you next time.” I thought.
(George's vampire bites) 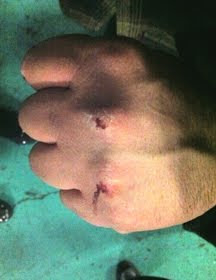 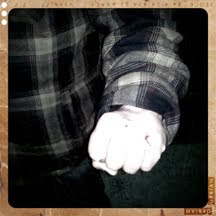 *Sorry, Jess' cloaking device kept her from showing up in any of the pictures!
*Photos by Ian C. Powell photography and Nancy Wright. Thank you!
Posted by captain lizardo at 7:14 AM 6 comments: 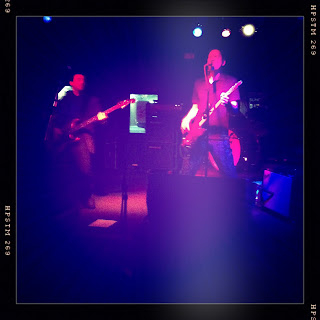 The Imagination gathers up the material by which the Mind weaves the fabric in which your Future is to be clothed. Imagination is the light by which we can penetrate new worlds of thought and experience. Now let's get dressed.

You picked the songs. Now come and sing along.
We're having a special Valentines day show on Friday, February 10th at Outland in Columbus. We're taking an unscheduled break from writing our new record to do this show, so make sure that you're there. We've been posting the song lyrics over at our Facebook page , so come prepared.
Remember: YOU took this show from your Imagination and made it real.
The Future is NOW.
Picture what you want in your mind and make it real.
Posted by captain lizardo at 1:00 AM No comments: